In CNBC’s article on retirement, Neil Waxman points out that the concept of traditional portfolio allocation is being challenged because people are living longer. 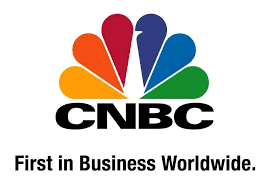 The Truth About Retiring by 70

Americans are retiring later, but that's not the whole story.

The dream of an early, financially fortified retirement is dim in the eyes of many older Americans.

About one in four U.S. workers expects to keep working through age 70, according to a survey conducted by Willis Towers Watson in summer 2015. Even worse, about 25 percent of Americans age 50 and older surveyed in March by The Associated Press-NORC Center for Public Affairs Research said they never plan to retire. Respondents in the latter study named "financial needs" as the top factor behind retirement timing.

That sounds pretty gloomy, but are these fears founded? On one hand, there's plenty of evidence that financial pressures on retirees are growing. The Willis report suggests that more than one in five men age 65 and older are still working today, for example.

"Research suggests average retirement ages are moving in an upward direction," said Steve Nyce, a senior economist at Willis Towers Watson. "How steep that will be depends on policy changes regarding Social Security as well as other factors like global growth." Rising health-care premiums and flat pay increases have also widened the gap between what Americans can save and what they will actually need in retirement, Nyce said.

That said, there are also clues that Americans are growing more prepared for the challenges they'll face in their golden years. Nearly a third of older workers in the NORC study said they have brushed up their skills through job training or school during the last half decade, which could provide an income boost and help in finding late-career work. And recent research suggests that for many people, spending in retirement declines enough to balance out the erosion of savings by inflation.

Certainly, as you can see in the chart below, via Willis Towers Watson, the share of American men working past 65 has risen recently — and is higher than those in other developed Western countries. But the story is not quite so simple or bleak if you look at the historical trend: The ratio of older American men working today is still slightly lower than it was during the mid-to-late 1960s.

One reason the proportion of working seniors fell between the 1970s and 1990s, said Nyce, is that earlier generations enjoyed defined benefit plans loaded with early retirement incentives.

Over the last several decades, however, pensions have rapidly beenreplaced by defined contribution plans like 401(k)s, and those that remain are less generous.

"Defined benefit plans have taken on a new shape, with hybrid and cash balance plans," Nyce said. "They don't have such rich subsidies any longer." Thus Americans today must again work longer to make up for shortfalls in retirement income. And health can complicate matters: If you fall ill, it can be much harder to work — but if you're healthy, a longer lifespan means your savings will need to cover more years of income.

"I know some who are playing tennis into their 90s," said Neil Waxman, a Shaker Heights, Ohio–based financial planner. "This means they can't be so conservative and lean on bonds when they first retire."

For those worried about generating enough income, making smart moves as you approach retirement can head off the need to work beyond your desired age, Waxman explained.

"There's no free lunch," he said. "But you can downsize and streamline, for example, if you have a significant amount of equity in a large house."

Those retirees who are willing and able to work a few more years may also consider part-time jobs that provide freedom and flexibility: Some seniors are working as Uber drivers, for example, to pick up some extra vacation cash. Retirees with impressive professional experience or former business owners should think about working as a part-time consultant or as a board member for a private company, said Waxman.

Certain clients have even been able to pull in six figures from this kind of "post-retirement" work, he said.  "Family businesses that want to grow need outside perspectives," Waxman said. "You go to meetings and get to travel a little, which is nice, because it gives you latitude while producing revenue."

Of course, some seniors may get over-committed and end up working more than they did at their own company, he said, so it's important to make sure you leave room to pull back.

Finally, if you don't feel particularly concerned about needing to work longer, you wouldn't be alone.  While 43 percent of U.S. workers in a 2013 Willis study said they were planning to push back their planned retirement date, only 32 percent said the same in the newest survey, which could reflect the improving economy, Nyce said.

The views and opinions expressed herein are those of the author(s) noted and may or may not represent the views of Capital Analysts or Lincoln Investment. The material presented is provided for informational purposes only. Nothing contained herein should be construed as a recommendation to buy or sell any securities. As with all investments, past performance is no guarantee of future results. No person or system can predict the market. All investments are subject to risk, including the risk of principal loss.